How to create a graphic charter 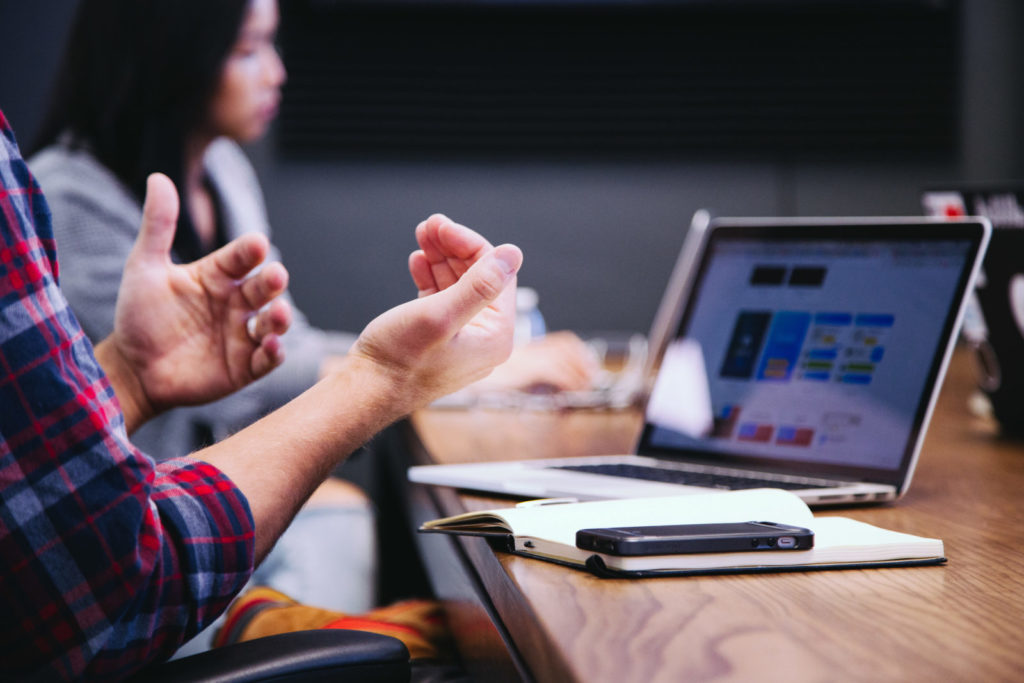 Graphic Communication What is it ?

Graphic communication is in charge of transmitting a message with a certain intention in a visual way, which allows to impact and at the same time generates a conscious change in the receiver of that message; to get there, it is necessary to go through a creative process that involves a series of steps: such as research, information gathering, interpretation, semiotic and pragmatic translation, according to the socio-cultural context, the sketching stage, the generation of proposals and prototyping, presentation of results and solutions to the previous problem that will finally be published in some media, under a marketing strategy, based on a communicational objective, the intention, the how, the when, the why, the where and the recipient, according to aspects such as their personality, their age, their profession, their likes and dislikes among many other variables that determine the action plan of the strategy.

From this, it can be established that the role of graphic communication is determined by a high percentage of processes that are implicit within the different projects of different areas. Finding a problem abstracted from everyday life, and then solving it in a creative and innovative way, complying with certain variables, such as the research, communication, semiology, and social aspects, taking into account the strategy to be used, and the sketch among other factors previously mentioned.

Then, we can say that the challenge of the Theinquist graphic and visual communicators is to centralize the primordial objectives to be solved, and in this way reach the realization of the general objective, to then complement all these factors, and be able to generate an integral and functional product.

Within my perception it is premature to assign relevancy or prioritize factors over others, without having a clear idea of the problem to be solved, since although everything must be integrated, it is necessary to highlight and emphasize more in some aspects, without forgetting or disregarding others; one never knows what turns will be given in terms of findings, sketches and ideas within the creative process.

Perhaps, we have noticed a tendency that leads us to become environmentally conscious, and in that order of ideas, it leads us to think about an integrated design that enters a new phase of visual design, being thus, we could suppose, that the prioritization of factors can be determined, like the design and the development of a clear message, with the only intention of waking up that conscience within the society raised from two perspectives that complement each other in a constant way, but according to the approach it determines, which is the support and which is the task.

In conclusion, our mission as designers and visual communicators, is to develop a design, which has the ability to convey that message, but also has the ability to self-publicize, the latter being a support, based on the different techniques and strategies of advertising and marketing.

What is Graphic Design:

Graphic design or visual communication consists of the projection and production of visual objectives with the purpose of transmitting a message of public interest in an effective way.

Graphic design makes use of the use of graphic signs, organized on the basis of aesthetic and functional criteria that consolidate the expression of a concept or message. In this way, the design is oriented to solve a communication need.

Design, in general, “studies the behaviour of forms, their combinations, their associative coherence, their functional possibilities and their aesthetic values captured in their integrity”.

Within design, and consequently in graphic design, there are methodological constants. These are: the problem/project/solution, the need, the user, the creativity and, finally, the form-function.

Specifically, graphic design must take into account the communicative capacity of visual signs, such as typography, colour, tone, point, line, direction, outline, texture, scale, dimensions and movement. It is therefore a matter of composition.

The effectiveness of these signs is related to the social context. The graphic designer must understand the conventions and codes of social communication, psychology, colour and the rhetoric of the image within a given context.

Within graphic design, there are many specialties. We will name below some of the best known ones.

Editorial design: this is the area of design that specializes in the layout of printed publications, such as books and periodicals (newspapers and magazines).

Illustration: illustration is concerned with enhancing or complementing a text through the design of an allusive graphic composition. The illustration itself can be the content of a book. For example, graphic novels.

Corporate design: it is the one that deals with the development of the corporate image of companies or institutions. It covers logos, logotypes, stationery, etc.

Advertising design: it is the design applied to the promotion of a certain brand or product.

Web design or UI: deals with the projection of the user interface (UI) in web pages and apps, articulating three elements: the promotion of the brand, the visual aspect and the content.

UX Design: is the branch of design that projects the “user experience” (User Experience Design or UX), taking into account the interaction between the system, the user and the context. UX design approaches the field of industrial design.

3D design/animation: it deals with the design of visual objects in three dimensions and/or in movement.

Packaging design: it projects the image and functionality of the packaging of products of all kinds. For example: CD’s, food packaging, bags, etc.

The profession of the graphic designer was consolidated in the 20th century, although it is true that graphic design itself has existed since antiquity.

The invention of the different forms of writing (cuneiform writing, pictograms, hieroglyphics, Greek and Roman alphabets), typographic design and emblems, to mention some significant examples, are testimony to this.

However, the profession of the graphic designer is consolidating in the contemporary era, which is industrial in nature. The mass and consumer society demands a new form of communication that is more direct and efficient, capable of reaching the greatest number of people in the shortest time possible.

The appearance of the mass media, such as the press in the 19th century and the cinema and television in the 20th century, has played a decisive role in this. These media offered a more effective alternative for propaganda, previously conveyed through public art, and favoured the development of advertising.